Pressure to Perform—
Practice Doesn’t Always Make Perfect
In New Book ‘The Biggest Win,’ Joshua Cooley Talks with Philadelphia Eagles’ Biggest Stars About How Their Faith Impacts Their Game
PHILADELPHIA—Football fans can only guess at some of the pre-game rituals of their favorite players.

For Philadelphia Eagles Super Bowl champion Jordan Hicks, this ritual involves fighting off waves of nausea—most of the time, not-so-successfully.
Hicks was humble enough to share how his pre-game jitters affect him physically with author and premier sports writer Joshua Cooley for his new book, “The Biggest Win: Pro Football Players Tackle Faith.”
In the book, Cooley writes about how the pressure to perform, especially in professional sports, can be intense.
For instance, Hicks feels fine during the week leading up to a game, even the night before. And once the opening kickoff happens and the rush of adrenaline takes over, his anxiety dissipates. But like clockwork, somewhere in that last half-hour before game time, the nausea always attacks.
“Looking forward to the game is the worst part,” Hicks tells Cooley for “The Biggest Win.” “It’s about to be a war out there. It’s getting your body, your mind, everything prepared for that fight. … It’s performance—100 percent performance. It’s, ‘Am I going to let these guys down?’ You’re thinking about your family watching the game. I really don’t have a problem with everybody else. My big thing is letting down the people that I care about most and making them proud—teammates, family, friends and obviously parents. I want to give everything I have out on the field and make everybody proud.”
Hicks isn’t alone, Cooley writes, neither on the Eagles team nor in professional sports in general.
“Years ago, Roger Maris lost clumps of hair from the stress of chasing Babe Ruth’s single-season major league home run record,” Cooley recounts. “And this was 1961—way before seven-figure salaries, SportsCenter, the Internet, social media and many other current realities ratcheted up the attention and pressure. Baseball’s ‘Steroids Era’ of the 1980s through 2000s—not to mention similar scandals that have rocked track and field and professional cycling in recent years—was, at its roots, fueled by the desire to perform at greater levels and earn more money. How many Saturday leaders on the PGA Tour have collapsed on Sunday? How many figure skaters have botched their routine in the Olympic finals? Pressure to perform in sports is real and can be brutal.”
In sports, performance is everything—and this pressure isn’t limited to the pros. Just look at the emotion during the Little League World Series, Cooley says. Take a survey of high school wrestlers about their preferred methods of “making weight” before matches. Ask a starting Division I college athlete if they’ve played through injury to keep a roster spot. What JV player doesn’t feel the pressure to move up to varsity? And what varsity benchwarmer doesn’t feel the pressure to impress the coach and earn a starting role?
Performance is what athletes are judged by, but this pressure pervades faith as well.
“Christians, though, can approach sports—and life—with a completely different mentality,” Cooley writes. “Pressure to perform, both athletically and spiritually, should never consume a child of God. Anxiety shouldn’t be your master, because Someone has already performed perfectly on your behalf. Jesus’ finished work on the cross should completely transform the way a Christian athlete views pressure, performance, and the pursuit of perfection.”
Released July 30 by New Growth Press, “The Biggest Win” shares the inspirational faith stories of six Super Bowl champions of the 2017 Philadelphia Eagles team. Cooley first met Hicks, Zach Ertz, Nick Foles, Chris Maragos, Carson Wentz and Trey Burton, who signed with the Chicago Bears this offseason, when he was writing a freelance magazine story about the strong faith and enduring bond of these professional athletes. After the article was written, Cooley knew there was a much bigger story to tell. Through the ups and downs of the game of football, Cooley shows how these high-profile athletes remain committed to God’s Word, genuine Christian discipleship and sharing their faith.
In “The Biggest Win,” Cooley also combines biblical truths with practical direction on issues that every Christian faces, including dealing with adversity, competition, change, success, failure and how to thrive by faith in a pressurized world. Encouraging male and female athletes in any sport, “The Biggest Win” guides them in finding their ultimate identity in Christ, not their athletic achievements.
View the video trailer for “The Biggest Win” here.
A percentage of the book sales from “The Biggest Win” goes to the Fellowship of Christian Athletes, the international sports ministry with a vision to see the world transformed by Jesus Christ through the influence of coaches and athletes.
Cooley is also the co-author for Foles’ new book, “Believe It,” which became a New York Times best-seller in its first week. Cooley’s other works include “The One Year Devotions with Jesus: 365 Devotions to Help You Know and Love the Savior,” “Heroes of the Bible Devotional: 90 Devotions to Help You Become a Hero of God!” and “The One Year Sports Devotions for Kids.”
New Growth Press publishes gospel-centered, Bible-based materials that provide churches, families, and individuals with resources for personal and spiritual growth and change. NGP also publishes books, minibooks, small group and Gospel Story for Kids resources that provide churches, families and individuals with gospel-driven publications for all ages.
“The Biggest Win” is available now at Amazon.com or ChristianBook.com. View the media page for “The Biggest Win” here, or visit joshuacooleyauthor.com/the-biggest-win or the New Growth Press page at newgrowthpress.com/the-biggest-win.


If you would like for me to pray for you, please drop me an e-mail by clicking prayer.


Notice: This post may  contain affiliate links. If you click a link and make a purchase, we may financially benefit from your transaction. Thank you for your support!
Posted by David E. McClendon, Sr. at 4:45 AM 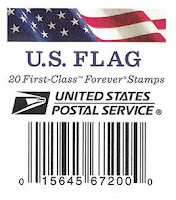